We took both kids to the Sarah Palin Rally at the airport last week.

After waiting in line for about 2 hours, we were finally able to get in the building just as it started to rain (yay!)

When they decided to forgo the security checks it was a free-for-all to get in the building so we were pretty much trampled by adults (boo!)

They wouldn't allow people to bring signs into the building, but they passed out little signs for people to hold up so that we couldn't really see anything (boo!)

Manny finally got his snack (yay for everyone!) 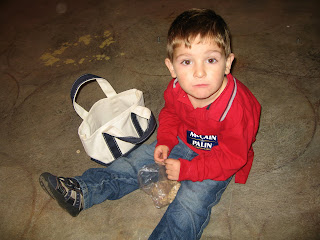 We finally found Roman and McKayla. Here is Manny showing Roman his sign: 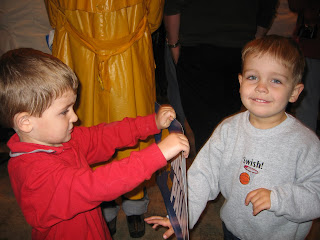 At the end of the rally they started playing music, Manny and McKayla decided it was time to do a little two-step: 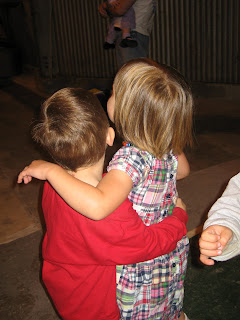 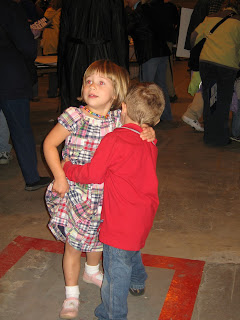 Please let me explain my daughter's presence at this rally as nothing other than my attempt to expose her to the democratic process. I'm sorry Obama!

Yes everyone, that is McKayla Corinne Kendall at a Republican Rally. She is the daughter of Keith and Christine Lally Kendall. Take that you bleeding hearts...haha

PS. If it wasn't evident in this post, the kids really had no idea why anyone was at the rally besides the table full of donuts.