Down on the Farm

Tuesday morning we decided to head to the farm with McKayla, Kristian, Roman, Christine and Heather. Later on, Heather's friend Dan and his son Levi joined us.

Here is Kenzie, ready to start the fun: 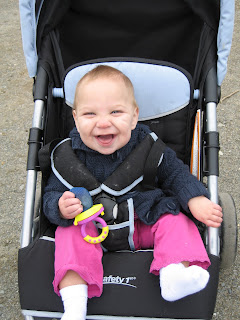 Manny and Roman, not too sure about the miniature horses. 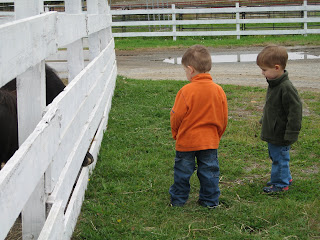 Manny, Roman and McKayla running to see the cows 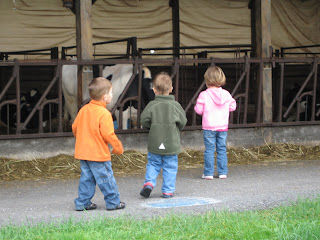 Watching the horse practice going around the circle (I really have no idea what they were practicing, but it looked like they knew what they were doing) 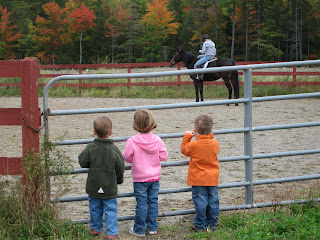 Checking out the calfs 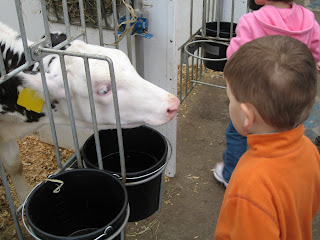 It was a great trip and after we saw the animals, Dan and Levi invited us to their house to see their two chickens. Of course the kids were more interested in Levi's toys, but it was a fun day and as Christine commented on her blog, we were out of the house for 4 hours if you include driving time. YAY!

Posted by The Ramos Family at 9:04 PM